skip to main | skip to sidebar

He gives strength to the weary and increases the power of the weak. Even youths grow tired and weary, and young men stumble and fall; but those who hope in the Lord will renew their strength. They will soar on wings like eagles; they will run and not grow weary, they will walk and not be faint.
- Isaiah 40:29-31

Can a mom quit?

Mom's aren't able to call in sick.  They don't get to take vacation days.  We can't step into the office at 9 and forget everything at 5.  We work non stop and around the clock.  We get "called in" at all hours.  We just can't say "I quit" and walk out.  And frankly it just sucks.

Yes, I said it.  Motherhood sometimes sucks.  It's great when the kids are happy.  When they are getting along or when they are asleep.  The times that they beg me to snuggle in bed with them or when they say things like, "you rock" or "your the best."  But that doesn't happen enough.  Instead, I spend most of my day arguing.  I'm telling you, I could beat the best of lawyers in any court room from the amount of practice I've had recently with my three boys.  And with the start of school, you would think it would be better right?  Heck, I've got 7 hours to myself.  I should be able to enjoy the silence and would be able to handle 5 hours after school.  WRONG!

You see, my boys make up for those 7 hours of quiet within 2 hours of being home.  They fight with me about homework.  They argue with me over everything.  Try sitting 3 boys around a table and working with each of them at the same time.  Throw in the fact that one is dyslexic and can't concentrate with any noise. Another one hates to read and will protest doing it and the third just wants to complain about the assignment. Now try to make dinner at the same time.  Oh, and forget about the fact that they probably won't eat what you make.  You have to have broccoli every night because it's the only green vegetable they will eat and they won't even eat it half the time.  The food fights start at breakfast though.  One won't eat ANY breakfast foods.  Another only wants something with sugar and the third changes his mind daily.  If you make muffins, he wanted biscuits.  If you make biscuits, he wanted muffins.  The only thing he hasn't changed his mind on is lunch.  He has taken Frosted Mini Wheats every day for the past 3 years.  He won't consider taking anything else and I give up trying to get him to try something.  The battle is not worth it.

Moving past the homework and food battles, and we're on to bedtime.  Noah hates to brush his teeth.  So much so, that we have considered having him work with a therapist.  It takes us 15 minutes of arguing just to accomplish the task.  Adam is a night owl who doesn't understand why he needs to go to bed by 9:00.  More battling.  Thank goodness Joshua usually gives me a break during bedtime.

Sports nights are even worse.  We have to fit homework and showers and bedtime in with practice.  They argue over putting on their socks and shin guards.  I have to pray that at every practice that Adam doesn't have one of his infamous meltdowns because he's angry that everything isn't "fair."  He is very black and white and doesn't understand a world of gray.  Just today on day 6 of school, his teacher informed me of a minor meltdown.  As she's discussing it with me in the front office at school, Joshua opens the door and yells, "come on mom!"  I could have curled up and died.  I didn't even get a chance to recover before Noah comes busting in with the same sort of demand.  I swear they have been taught better.  I just don't know where they're manners have gone.

Where is my husband during all of these battles?  He's at work.  He leaves around 8 am and comes home anywhere from 6-8 at night.  That leaves me.  All alone.  Fighting a battle against three very determined boys.  And they are winning.  I'm working on a battle plan though.  I may be down but I'm not out.  It's not going to be fun.  Taking away the technology has not worked.  The yelling or sending them to their rooms has not worked.  I'm not sure what's next but it has to work.  Or else I'm quitting.

Look at me.  Sitting down to write on this blog.  Bet you don't even remember who we are.  We're that weird family that resembles a traveling circus.  You know the crazy mom and dad with the three boys who are ALWAYS wrestling, fighting, laughing, touching, complaining...  Well here we are and it's been a while so let me get you caught up to date.

First, the boys have grown.  A LOT.  Noah is now a big 4th grader.  He's as tall as me (I know, not hard) and we wear the same size shoe.  He loves to be outside and is playing soccer this fall. Adam and Joshua are now 3rd graders.  This is the first year that they are in separate classes.  I felt like it was time.  They, just as any siblings, were spending too much time together.  They need a break from each other.  We'll see how this goes.  They miss each other but I think they like doing their own thing.  They are both playing travel soccer and spend time on the field and in goal.  They love it but the pressure of being goalie stresses momma out.  :-) 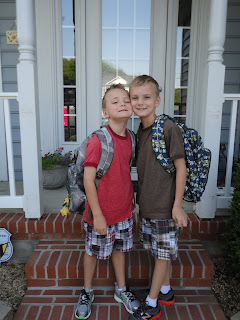 Joshua just passed his 3 years out of chemo mark.  That makes it 5 years since he was considered in remission so he got the official "technically cured."  We all know that doesn't really mean anything but he is doing great, rotten as ever and loving life.  We couldn't ask for more.

Jeff and I are hanging in there.  We're just trying to make it through this parenting thing alive! We were able to celebrate our 10 year anniversary this past fall by taking a our first alone vacation since our honeymoon. Of course, where did we go?  Disney World!  We enjoyed it so much, that we decided this vacationing without kids thing is fun.  We are planning to escape for a few days this October to Key West with some friends.  Whoo Hoo! 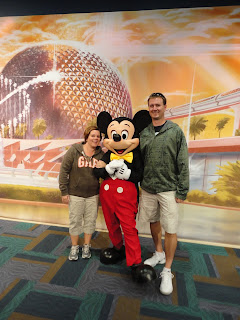 So that's us in a nut shell.  Life is busy but all is well and we'll take it!

Gotta Get A Life Plan

Boy oh boy have we been busy.  Between the holidays and just keeping up with three growing boys I'm exhausted.  I know now not to promise I will update this blog just like I know not to promise that I'm going to lose weight.  It'll happen when it will happen!  But, so much has been going on that I thought I would sit down and share. 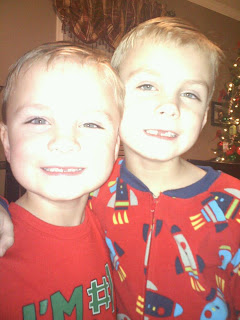 Noah is almost as tall as me which isn't hard but come on.  The kid is only 8! 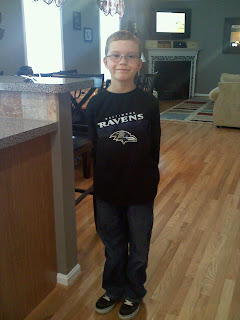 Jeff started with a new company back in December and although he's doing the same exact job at the same exact desk, the move provides better insurance and as you all know, that means a lot to our family.  And, I've been trying to keep up with the gang and keep everyone in order.  I'm still trying.

Anyway, I can't not write about a Czorapinski moment so here's on you may enjoy.

You know when I was a child I wanted to be an astronaut, a music teacher and a lawyer.  I thought about getting married and what my kids would be like.  Of course, they were all dreams and I never could have predicted how my life has turned out.  Joshua on the other hand has a good grasp on life.  He's got a "life plan."

The other night at dinner we were doing our usual how was your day conversation when Joshua tells us he has a life plan.  I asked him about it and he went into great detail about taking his wife to the beach and getting down on one knee with a ring (thanks to the Smyth commercials he will have a better background for a proposal than his father did) and make googly eyes at her (that's what I tell the boys they have to do to girls they like).  He told us he was going to have either "one, two, three or four kids, maybe five" and that he wanted to be a doctor that helps kids with cancer.  He asked me if I thought it was a good life plan.  I told him "no Joshua, I think it's a great one!"  Thinking that the other two boys may want to tell me about what they want to do when they get older, I look at them and ask if they have a life plan.  Noah says "I don't know."  Adam on the other hand says, "I think I'll just camp!"

Guess we'll be working on some of those life plans! 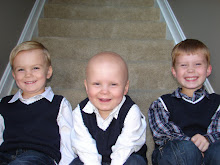 We thought life was complete chaos but we were surviving. Then, on April 17, 2006 at almost 10 months old, Joshua was diagnosed with Acute Lymphoblastic Leukemia. He went through a very harsh 2 year treatment protocol and finished treatment on March 28, 2008. We were so ready to finally start to live life and be a normal family. Then, our second worst nightmare came true.

Joshua had an isolated testicular relaspe in May 2008. He started another 2 years of chemotherapy as well as testical radiation on May 20, 2008. We have had a rough life, but we are living! Joshua received his last dose of chemo on August 17, 2010.